cONNECT with us
Now!

Get the
Best Diesel Engine Service

We communicate with you effectively so that we can understand your needs.

We provide professional services that cannot be found anywhere else in the market.

Get real-time support everytime, everyday. we are here to fulfil your unique needs!

We are based in Castle Hill and surrounding areas; hence we are a local expert.

When you fill thecontact form on this page, we shall get back to you as soon as possible.

We have a team of skilled technicians ready to provide professional solutions. 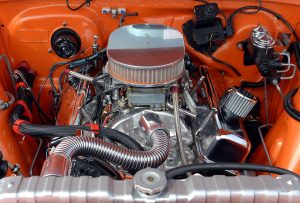 Diesel engine principles are quite simple for the experienced mechanic but what about routine everyday individuals who have never put in the time to learn more about a diesel engine and how it works?
In this post, we are going to discuss in layperson’s terms the basic principles of a diesel engine. Let’s begin, shall we?
What’s the difference between the petrol engine and a diesel engine?
The first thing you should know is a petrol engine and a diesel engine are completely different. A Petrol engine is built much lighter than the much heavier constructed diesel engine and operates on an air/fuel mix integrated with a high energy spark that is timed to ignite the air/fuel mix inside each engine cylinder at the exact time producing power and torque [turning force] which drives your automobile.
A diesel engine utilizes high compression [intake air that is compressed/squished] into an extremely small space inside each cylinder triggering extreme heat! This is called ‘Heat of Compression’ which sparks an extremely great high-pressure mist of diesel fuel that is injected into the cylinder at the exact time.
So you now know that a gpetrol engine needs a high energy spark to run while a diesel utilizes ‘Heat of Compression’
The four-stroke principle
Every engine today operates on 4 strokes or 4 cycles- both these terms mean the very same. Here is how the four-stroke diesel engine operates.
1. Intake Stroke:
Intake valves in the cylinder head open permitting pressurized air to go into each cylinder while the piston is traveling downward.the the pressurized air supply is made possible by the TURBOCHARGER which presses air into the intake system offering the diesel engine an increase of air to keep up with an instant injection of fuel
2. Compression Stroke:
When the piston begins to make its way back upward the valves close which traps the intake air in the cylinder which enables compression to take place, the HEAT OF COMPRESSION is reached when the piston reaches the top of the cylinder, the diesel fuel is then injected into the cylinder at the exact time.
3. Power Stroke:
After injection happens an explosion takes place in the cylinder because of the mix of heat and atomized diesel fuel. This causes the piston to be forced downward which produces torque and the horse power required from a typical diesel engine.
4. Exhaust Stroke:
After the power stroke, the piston moves upward once again while the exhaust valves open permitting the previously sparked gases to escape to the atmosphere out the exhaust system.
As pointed out before, each cylinder goes through this precise series over and over in a set firing order. For instance, a 6 cylinder diesel engine has a firing order of 1- 5- 3- 6- 2- 4 which is the order that each cylinder passes, following the 4 strokes pointed out above. This series has been crafted to allow the diesel engine to run smoothly with no imbalance.
There is much to discover diesel engines and a ton of details online. If you have ever thought about buying a car with a diesel engine you have made a prudent decision! The extra cost will be to your advantage, so it is recommended that you learn more about diesel engines before you choose which one to pick.