cONNECT with us
Now!

Get the
Best Diesel Engine Service

We communicate with you effectively so that we can understand your needs.

We provide professional services that cannot be found anywhere else in the market.

Get real-time support everytime, everyday. we are here to fulfil your unique needs!

We are based in Castle Hill and surrounding areas; hence we are a local expert.

When you fill thecontact form on this page, we shall get back to you as soon as possible.

We have a team of skilled technicians ready to provide professional solutions.

Diesel Engines: What You Need To Know 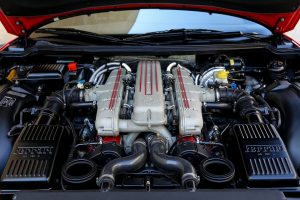 If you own a diesel-powered automobile, you probably appreciate the inherent qualities of this type of engine. More torque, much better fuel economy, easier maintenance are a few of the attributes of owning a diesel-powered automobile. Still, some vehicle drivers grumble about the engine’s weak power, especially when accelerating from a full stop. What you might not know is that a diesel motor can be tweaked to produce more energy without damaging fuel economy. Let’s have a look at diesel motors and what you can do to squeeze out more power.
Thanks to the work of one man, Rudolf Diesel, we have a choice when it comes to driving. Besides hybrid or rotary engines, the main way most cars run is by means of a petroleum-powered internal combustion engine. However, with Diesel’s 1892 patent of the engine that bears his name, diesel power has played a significant role in powering buses and trucks across the nation. Some passenger cars, generally pickup trucks, are also diesel-powered, giving vehicle drivers a choice to petroleum.
Diesel engines have the following advantages over their petroleum equivalents:
• Diesel use air compression to create combustion versus the air/fuel mixture required by Petroleum powered cars and trucks. This quality means that diesel engines do not need spark plugs and therefore do not need to be tuned up.
• Diesel fuel has a greater fuel density than petroleum leading to fuel economy increases of 20-30% over equivalent petroleum-powered designs.
• Diesel engines are more affordable to maintain as they have fewer parts vs. a petroleum engine. The life expectancy of a diesel engine is also significantly longer.
If it is torque you need, especially for pulling a boat, camper, or equipment, then a diesel motor has the advantage. It is slower, particularly when starting from a dead stop, but when climbing up hills or going over bridges, your diesel-powered automobile can manage the difficulty.

So, why aren’t more cars in Castle Hill diesel-powered?

Some of the reasons include:

Stricter emissions control standards: Diesel engines contaminate more, so very few manufacturers have improved upon the innovation to produce an environmentally friendly engine. However, several upcoming engines might change all of that.
Inadequate power. Yes, a common complaint, even with turbo-diesel, is that the engines are not powerful enough. The majority of drivers are accustomed to getting on the highway with a minimum amount of effort. With a diesel engine, it can take as much as twice as long to get up to full speed.

Thankfully, several aftermarket product designers are assisting vehicle drivers squeeze out more power from their diesel engines. Performance programmers, are assisting motorists in seeing a great spike in horsepower as well as increases in torque. The beauty of a few of these aftermarket parts is that they do not hurt fuel economy. In fact, some claim to help improve it.
Yes, the variety of diesel-powered passenger cars presently on Australian highways is very little; however, with newer, cleaner, and stronger engines on the way, you might soon find yourself going with a diesel-powered automobile too.